Obituary “Dying Of Everything” Album Review

What can you say about Florida’s Obituary that has never been said? The band has one of the most consistent streaks in death metal and has never released a sub-par album. While you could argue the band peaked on their debut album, “ Slowly We Rot ” — nothing that they have released subsequently has sucked. Is it time to break that streak as the band hurdles into their mid-fifties? I’m glad to report the answer is a resounding “no.” One of the main reasons the band has retained its unique sound is that its core has remained intact with few changes over the decades. Trevor Perez and the Tardy brothers have been original members since 1984. The lead guitar spot has rotated four times through the years, and I’m sure the original bassist would still be in the band had he not succumbed to cancer in 2015 and been replaced by Death’s  Terry Butler . FULL REVIEW HERE: https://thrashmetaliq.com/2023/01/15/obituary-dying-of-everything-album-review/
Post a Comment
Read more

Have Metal? Will Travel: Massive Collection of 9000 Rare Extreme Metal Albums, CDs, and Cassettes From Ohio! 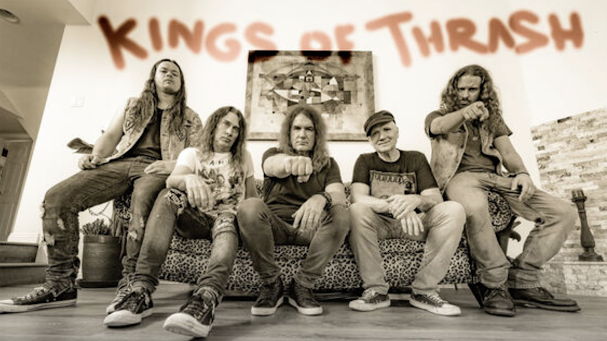 Killer Collection Of Rare Death Metal, Grindcore, and Goregrind CDs I Just Got